THE CONSTRUCTION OF THE NATIONAL, STEP BY STEP

Le Golf National, whose creation was decided upon on 27 September 1985 by the Committee of the FFG and its President, Claude-Roger Cartier, took three years of work to create – from July 1987 to 5 October 1990, the date of its inauguration by Ray Floyd, Greg Norman, Jeff Sluman and Marc Farry.

The grounds, which cover 139 hectares, were completely flat and bare when they were chosen, having been used as agricultural land since Louis XIV and the Château de Versailles, when it was one of the areas where wheat was farmed. This choice allowed the land to be modelled with a topography that suits the objectives of the concept designer, Hubert Chesneau: to construct a golf stadium as a venue for the Open de France and various other national and international competitions, that can be kept open to all, all year round.

The idea was based on a spoil tip area, originating from excavation sites in the Paris region, becoming available for sale under conditions that were very attractive for businesses due to the proximity of Paris and the limited disposal rights on the market at the time.
Therefore, over the course of three years, 400 trucks per day transported an amount of 1.600.000 m3 of soil, which, together with the 600.000 m3 already excavated on site to create the water features, made up the general relief of the courses and their surroundings.

A “links” course with water obstacles might be a surprise to purists but its characteristics are determined by the basic concept along with the creative direction of the architect. There are few to no trees because the course needed to be mature upon opening and it was not possible to wait the 25 or 30 years that would be required for trees to grow. There are water obstacles because the clay silt of the Parisian basin, which is not very permeable, would have transformed the holes (surrounded by mounds or natural steps) into bathtubs. The water is collected in these bodies of water, connected to the watering station by underground pipes.

The Open de France has been fought on The Albatross every year since 1991 (with the exception of 1999 and 2001), and will continue there in the years to come. The course will undergo regular improvements and changes, prompted by the players’ performances.

The Eagle was opened in September 1991, a few months after The Birdie. 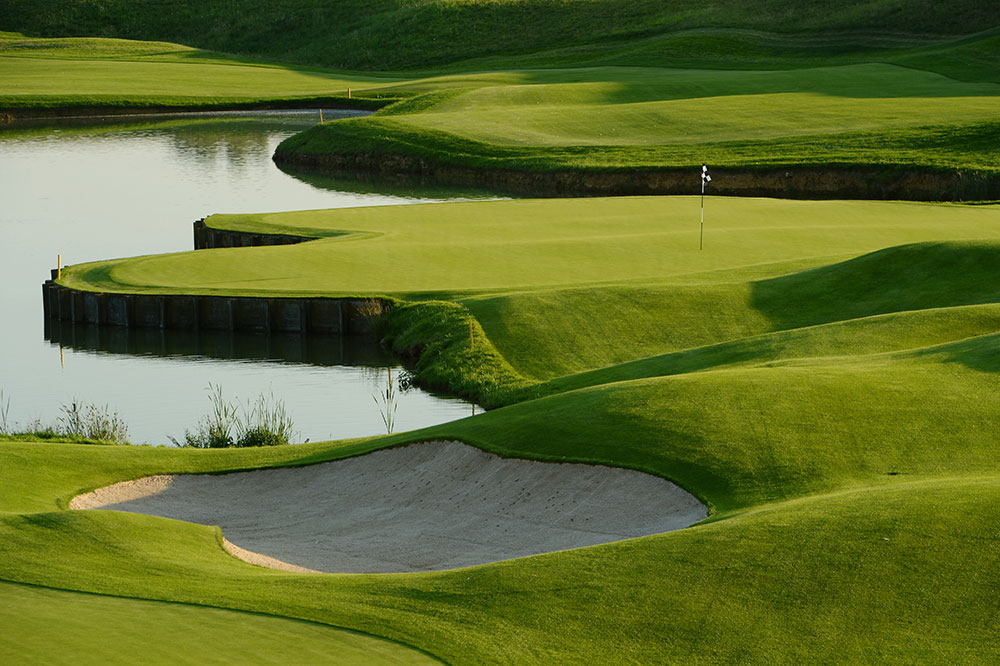