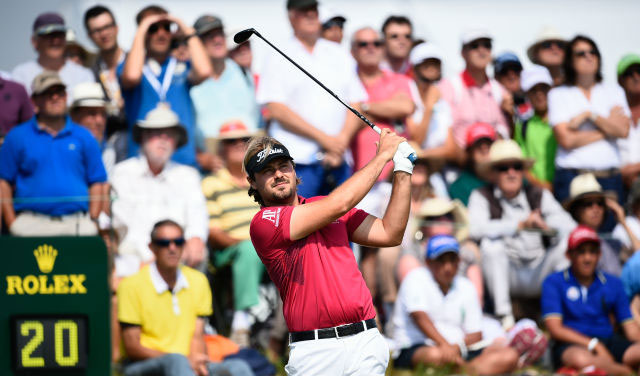 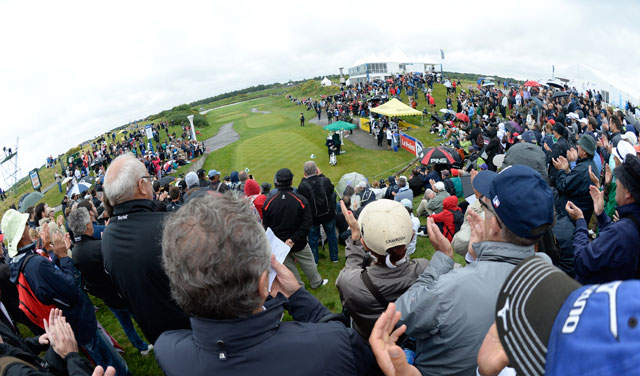 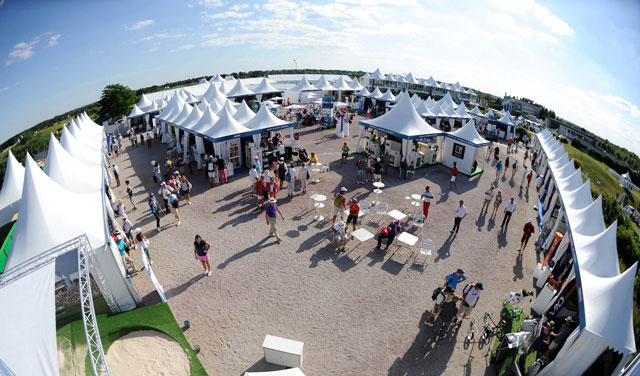 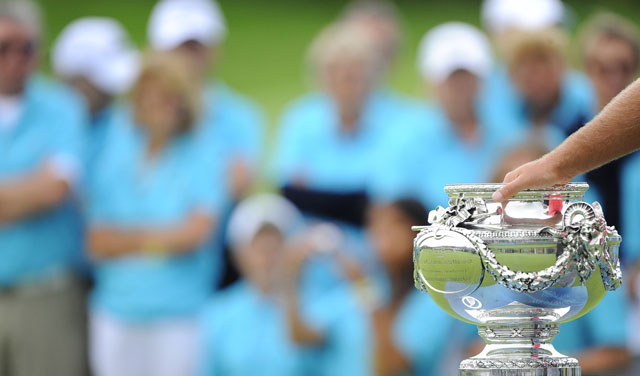 The biggest event of the golfing season in France, the Open de France is one of the most important stages of the European Tour. Why? Deciphering the organisation of men’s pro golf in Europe.

In Europe, men’s professional golf is organised according to a pyramidal system divided into three stages. At the summit of the structure, the European Tour brings together all of the most important and best loved tournaments. This tour brings together the best golfers in Europe, as well as players from the Americas, Asia, Africa, and Oceania. At the end of the season, the 110 top-ranked players from the “Race to Dubai” retain their playing rights for the next year.

At the second level, there is the “Challenge Tour”, which is the antechamber of the elite. In 2015, it was made up of 25 tournaments in 20 countries, three of which took place on French soil. It is a difficult and challenging tour, where the rookies jostle for the chance to ascend with the elite and the experienced players trying to reach the top. The prizes are significantly less than in the European Tour, and only the top 15 from the previous season can go on to the European Tour the following year.

Finally, the base of the pyramid of European golf is made up of four tours called “satellites”, which are intended as a way for young professionals to test their mettle. Each one covers a different geographic zone of Europe, with the Alps Tour being the one for France – with 5 heats in 2015. The competition there is tough, the prizes are small, and only the top 5 ranked players of the season can go on to the Challenge Tour the following year.

As for the Open de France, what is its part in this structure? It’s very simple: it belongs to the European Tour, and has since the tour was created in 1972. But above all, its status as the oldest national open in continental Europe (it took place for the first time in 1906), its illustrious list of winners, its exceptional courses, and its matching prize of three million euros makes it one of the biggest events of the year.

It was at the turn of the 20th century that the directors of Golf de Paris hatched the idea of creating a great international competition. At this point, the sport had already been established in France for half a century (le Pau Golf Club was founded in 1856), and the sport developed slowly but surely, driven by the large number of Brits who were living in France at the time. Under the leadership of the President, Pierre Deschamps, the “Omnium Grand Championship” was organised for the first time on the 30th of June and the 1st of July 1906 on the grounds of La Boulie, which was established four years previously. Inspired by the British Open, its prestigious predecessor created in 1860, the tournament carries the subtitle “Open championship of France”. Despite the absence of the three best golfers of the era – Harry Vardon, John H. Taylor and James Braid – the event was a success: all the more so because it included the French professional Arnaud Massy. 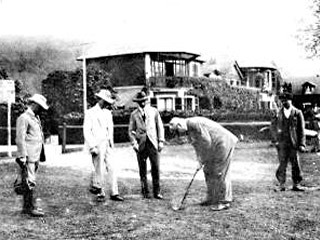 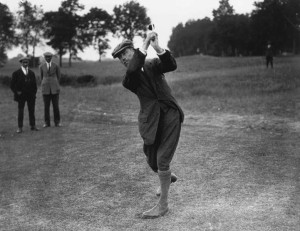 The Basque-born player had already been competing with the best of the Brits for some years by this point, as illustrated by his performances at the British Open in 1902 (10th), 1905 (5th), and 1906 (6th). The following year, Massy achieved the first British-French double in history, beating Hoylake on 21 June and successfully defending his title at La Boulie on the 30th. Cut to the quick by defeat at the hands of the Frenchman, the best British players made a point of trying their chances in France at what was soon to be known as the second most prestigious golfing contest in Europe. In 1908, the Englishman Taylor was the first of them to make his mark. He returned the next year and gained the privilege of being the first to lift the official trophy – a huge silver cup donated by the widow of Edward George Stoïber, a wealthy American who was involved in the creation of Golf de Paris. Other winners, or future winners of the British Open followed in Taylor’s footsteps: the Scots Braid (1910) and Duncan (1913 and 1927). Coming second in 1908 and 1910, Massy made his mark for the third time at home in 1911. The following year saw a surprise victory by his compatriot Jean Gassiat, notably at the expense of John McDermott, the first American-born golfer to win the US Open in 1911 and 1912.

In the wake of the first world war, golf, like other sports, re-established itself. The 1920 tournament, the first after the war, saw the return of the American star Walter Hagen. Having already won the US Open twice, Hagen, aged 28 at the time, crossed the Atlantic for the first time in his career with the ambition of becoming the first yankee to win the British Open. Although he lost at Royal Cinque Ports that year, “the Haig” consoled himself by making his mark at La Boulie immediately after. He returned to play in France many times, notably finishing second in 1924. The 1920s and the start of the 1930s were characterised by British domination: Aubrey Boomer, an English player residing in France made his mark at five contests (1921, 1922, 1926, 1929 and 1931), beating Massy’s record and winning for the fourth and last time in 1925. The winner in 1924 and 1928, the Englishman Cyril Tolley remains the only amateur to win the Open de France.

The year 1972 marks the birth of the European Tour as we know it today, and naturally, the Open de France was on the calendar. It continued to crown the great champions of the day, such as the Englishman Peter Oosterhuis (1973 and 1974) and the Scot Brian Barnes (1975). At Touquet in 1977, the young Spaniard Severiano Ballesteros achieved the second of his 50 successes on the European Tour, and the first of his four successes at the Open de France. The victory of “Seve” marked the start of fifteen golden years on the list of winners in the tournament: he was succeeded by Dale Hayes, then Bernard Gallacher, then it was the turn of the legends Greg Norman, Sandy Lyle, Nick Faldo and Bernhard Langer to have their names inscribed on the trophy. At the end of the 1990s and at the start of the 2000s, other legends – Robert Allenby, Retief Goosen, Sam Torrance, Colin Montgomerie and José Maria Olazábal – took their turns to lift the cup. 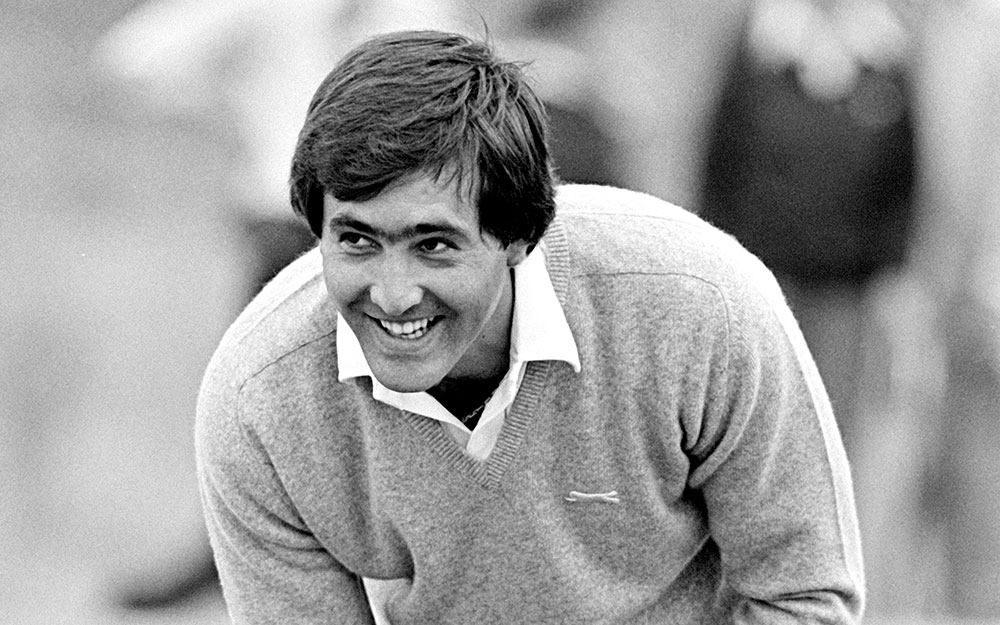 THE 21ST CENTURY: A WELL MAINTAINED TRADITION OF PRESTIGE

After a period of transition between 2002 and 2008, marked by the historic double of Jean-François Remésy (2004 and 2005) and the surprise win in 2008 by the Spaniard Pablo Larrazábal, who came through from the qualifying rounds, the tournament once again has prestigious winners. The German Martin Kaymer in 2009, the Spaniard Miguel Ángel Jiménez in 2010, our own Thomas Levet in 2011, the German Marcel Siem in 2012, the Northern Irishman Graeme McDowell in 2013 and 2014, and the Austrian Bernd Wiesberger in 2015, each in turn bringing a little more spark to the rich list of winners of the Open de France. It’s a safe bet that with the Ryder Cup 2018 at Golf National on the horizon, the Stoïber cup will be decorated with further illustrious names in the very near future.