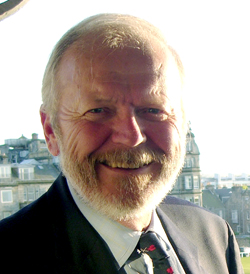 Hubert Chesneau, the architect of the Golf National Courses, provides us with a history of the creation and of the concept from ‘common’ land.

The inauguration was carried out on October 5th 1990 by R. Bambuck – the French Minister for Sports.

How the Golf National was born?

During his first years of Presidency (1981-1997) of the FFG, Claude Roger Cartier wished to create a permanent site for the Open de France which would develop over the years.

At that time, as President of the Championship Committee and Architect, I had outlined the idea of a National Centre with a Championship Golf Course. I had no idea at that time of a location.

This draft-program was used for defining and building a financial plan.
In June of 1985 the Peugeot Open of France was held at the Saint Germain Golf Club. It was hugely successful but the need for more space to accommodate spectators was required.

This idea developed, especially with the success of the Trophy XR3 at La Boulie Golf Club – an exhibition match with S.Ballesteros and J.Nicklaus. Following this match Claude Roger Cartier at the FFG General Committee Meeting, in September 1985, wished “that a ‘National Course’ would be created as soon as possible. The FFG has a great need for this”.

The Committee of the FFG had chosen, after much deliberation, the region, West/South West of Paris.

A few years before, as a golf architect, I had designed and built Saint Quentin in Yvelines as a public golf course. As a known golfer, the town planners and architects of Saint Quentin had asked me to create a 36-hole golf course on land which they wished to preserve as a protected green area. They had the foresight to see the avoidance of further land being lost to buildings.

The land was still not utilized and thanks to the hard work and influence of many, our project became possible.
From that point I created an outline project which would include 2 x 18 hole golf courses with practice facilities; a performance centre; a hotel, as well as the headquarters of the FFG. This was presented to the three Mayors who were responsible for the land on which the proposed plan would be constructed. To keep a political balance for each of the Mayors we established that the Hotel would be built in the commune of Magny les Hameaux whilst the commune of Guyancourt would be the home of the FFG. The Golf National Centre for Reception would then lie equidistant between these two communes.

In May 1986 we achieved the agreement in principle from the public Administration. This allowed us to proceed with the presentation to the Executive Committee of the FFG.
The project was unanimously approved on June 27th 1986.

With the support of Pierre Thevenin I drew up the plans, for the creation and shaping of the general topography of the land which was flat and barren.

During the same period Claude Roger Cartier presented the project to Ministers, Presidents of IDF Region, of Yvelines County, and achieved the necessary finance for the finalization of this project. He also obtained from the Prime Minister a “bearable lease of 99 years” for this French State-owned property.

Why this completely flat-land?

My inspiration was to create a stadium: a golf course that would be able to receive great championships with ideal conditions for not only players but also spectators and the media – particularly television coverage.

Contrary to most of the courses being built at the time on natural undulating ground, I preferred to create a landscape that would be ideal for “natural grandstands”. With this in my mind there was no alternative but to start with a “blank canvas”.
From my first “drafts” I conceived the overall plan of the 3 courses. I then exchanged my sketches with R.Von Hagge, who had agreed to act as Consultant for the main course – not yet called, ‘The Albatros’.

My basic idea was to create the three courses utilizing materials from the Parisian Region. Materials that had problems finding ‘a home’ due to their ‘earth-works’ characteristics.
From July 1987 the site received around 400/450 lorries a day, discharging their loads.
In all, land fill and the creation of water hazards, created a land-mass movement of 1.6 million cubic meters!
Even though I had planned the topography of the site there was still the necessity for a twice weekly visit to ensure any refinements or modifications.
From the start, all the top soil was stored so that it could be re-used for the final presentation.
During the summer months of 1988/89 we dug-out the 9 hectares of water hazards and re-laid all the natural water courses.

Towards the end of spring 1988 the Benedetti Company started the specific course construction.
The first sowing of grasses took place in September 1989 and this was carried through till June 1990.
Regrettably on June 27th 1990 an enormous storm washed away part of this work.

However we continued, as our previous commitment for the organization of the Ford Classic for October 6th and 7th 1990 that had already been confirmed and publicized.
In parallel to this was the official inauguration on October 5th 1990.

We were delighted to welcome as the first players on the Albatros: Greg Norman, Ray Floyd, Jeff Sluman and Mac Farry.
The first Open de France on its ‘home course’ was played in June 1991.

Completion, and the opening of the Aigle (18 hole) and the Oiselet (9 hole) courses were in the following months.

From approval by the French Golf Federation to final construction took 5 years.
A further 26 years passed before the PGA gave its approval to hold the 2018 Ryder Cup to The Golf National de France on the Albatros Course…